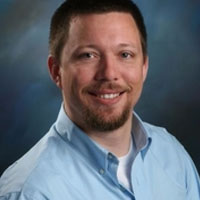 I entered into mortgage lending in February 1994, and have been a Mortgage Loan Processor ever since. Analysis and mathematics have always been a strong point for me, and these talents allowed me to quickly adapt to the mortgage lending industry, as it continues to change and adapt to an ever-changing and emerging world financial market.

My mortgage experience precedes the current computerized lending guidelines and procedures, when everything was done by hand, on paper, and in triplicate. My early training in the mortgage lending environment consisted heavily on underwriting loans, while processing them, rather than collecting information, and leaving the lending decision/s solely up to a mortgage underwriter. Brains and calculators did most of the thinking, before computers started making the majority of lending decisions, and became so engrained into the culture of this industry. Loans were more rigidly scrutinized, based on numbers and strict lender guidelines, rather than current determining factors, such as, computer loan approvals through “Automated Underwriting” engines (AU) utilizing credit scores (FICOs).

With the introduction of AU into the lending world, I was able to be involved in the early development of computer lending and decision making. In 1996, Fannie Mae and General Motors Acceptance Corporation Mortgage (GMAC) partnered in the development of streamlining the lending process through a computer underwriting software system, Desktop Underwriting (DU), revolutionizing the way mortgage lending decisions were to be made, while I was employed with GMAC. About the same time, Freddie Mac released their version of the software, Loan Prospector (LP). This early training in the development of these underwriting engines became invaluable to me, as it also allowed me to easily adapt to many of the banks’ soon to follow versions of their own underwriting software systems, and/or interfaces to existing AU decision making systems.